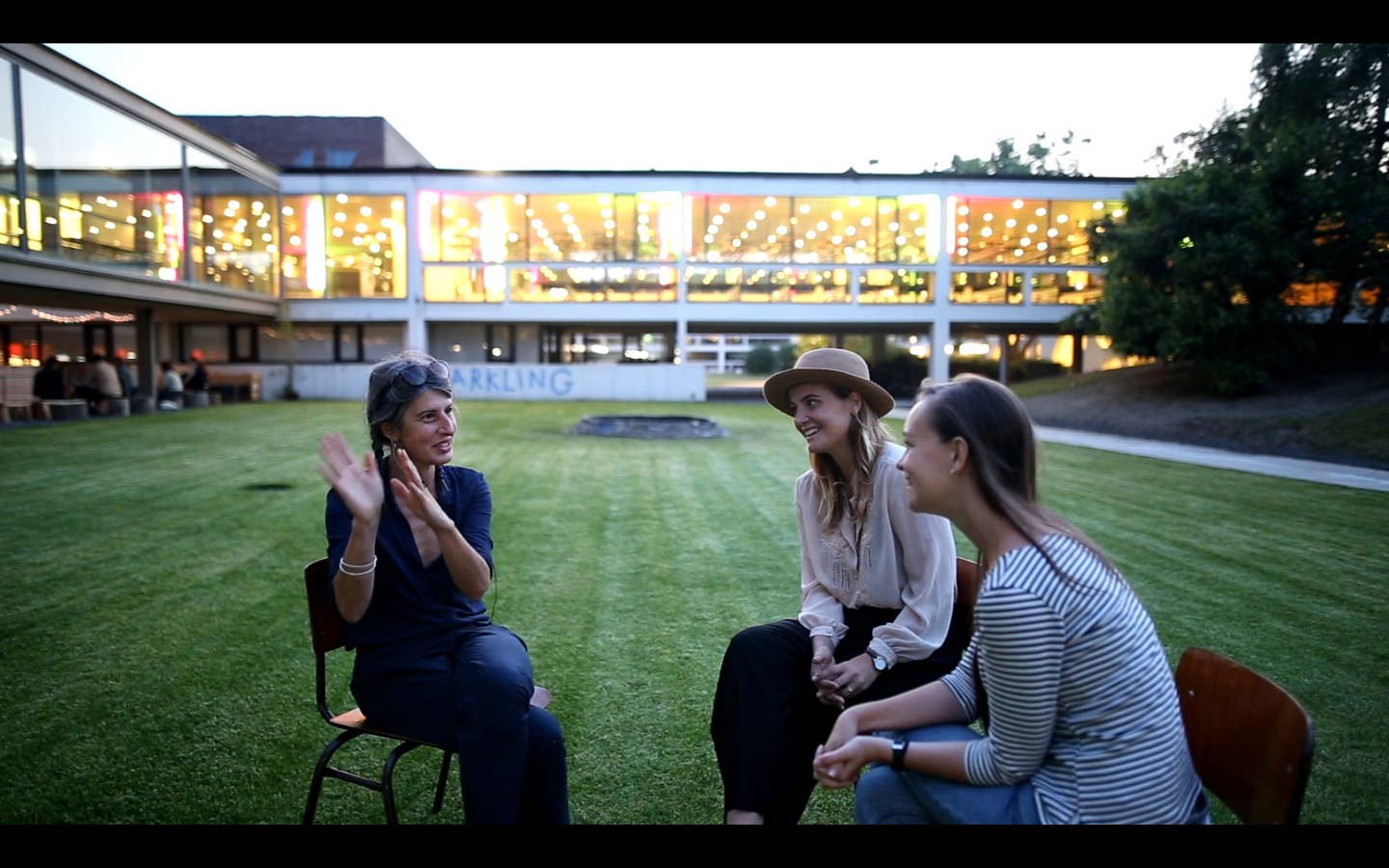 Saturday June 9th, half past nine in the evening. Hundreds of people walk out of the red theatre room in DeSingel, still blinking their eyes, not sure what they just saw or what world they were drawn into. Bodies bursting with energy and then melting like wax, people disappearing, reappearing, demondances by seemingly possessed characters, inhabiting each other’s bodies. It is the curious, macabre world of Peeping Tom, and more specifically 32 Rue Vandenbranden. It is a world where everything is possible, where magic and reality exist side by side, where the body is explored in all its fascinating limitations and flexibilities in voice, body and emotion. While the audience exchanged their overwhelming impressions in the sultry Saturday evening, co-Youg One Lisa Deckers and I sat down in the garden of DeSingel for a short conversation with Gabriela Carrizo. ‘The piece itself didn’t change, but you can see time has passed, you can see it has grown, because it grows together with the performers and the characters.’

Carrizo co-created 32 Rue Vandenbranden with Franck Chartier in 2009, with whom she founded Peeping Tom in 2000. It was the first performance in which they did not perform themselves but switched to the director’s seat. Since then 32 Rue Vandenbranden has travelled around the world, winning several prizes such as the prestigious Oliver Award in London. Antwerp is the second last stop of their extensive tour, with soon one last stop in New York. After that, they will be working on Kind, the last creation in their family trilogy with previous productions Vader (2014) and Moeder (2016).

In comparison with Vader and Moeder, the pace of 32 Rue Vandenbranden is much higher. Short, explosive sequences follow each other rapidly, accompanied by an eclectic, cinematic soundtrack. A ‘rock and roll performance’, as Carrizo calls it. This is in harsh contrast to the desolate, static landscape. ‘We love to bring atmosphere, especially with sound and image. When we start a creation, the first input is always the space. The set is very important for us. Where is this story going to be? What is the atmosphere? What is the world you are going to enter? I think that’s the special thing about Peeping Tom.’ Before rehearsals begin, the maquette of the set is ready. For 32 Rue Vandenbranden the set was based on both a painting by Joel Griffith and The Ballad of Nayarama (1948), a film about a Japanese village in the Middle Ages with all sorts of strange rules. 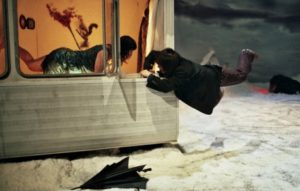 ‘Bringing 32 Rue Vandenbranden back to Belgium after a long tour was quite emotional, because you start to remember the creation process, all that has happened since…’ Looking back at 32 Rue Vandenbranden, Carrizo says it is hard to put her finger on how they have evolved since then. Every process and eventually every performance is different, there is always a search for the right atmosphere they want to create. ‘ The performance itself roughly stayed the same since the première in 2009. ‘But after the première, when you take a step back and reflect on it, you always see these little things you’d like to improve. Changing a scene in the structure, working a little extra with the dancers… Then again, in a way the performance is constantly changing, because it grows with the dancers. They grow as performers, have little accidents, injuries that have to be compensated, …’. Replacing one of the performers is hard to even imagine, since the performance is made so closely with them, and by them. Working as a collective, the performers themselves come up with a lot of the material, which Carrizo and Chartier then refine. ‘Seoljin (Kim) for example is someone who has this physical capacity to transform his whole body, his face, … That was amazing during the creation because he was just playing and trying things out all the time. Sometimes we even had to say: “No Seoljin, just focus on this one thing now”. He is a very rich performer, but then we need to ask ourselves, what is the essence?’ It resulted in the fascinating scene in which Seoljin passes through diverse stages of complete physical transformation, beginning with an imitation of Munch’s The Scream.

‘The way we work is really with the dancers. The characters of the story are made during the process of creation. And you feel that in the performance I think, the dancers really hold the story, they own it.’ For 32 Rue Vandenbranden Carrizo and Chartier held auditions in Vienna, where they met a few of the dancers. ‘There were so many talented dancers, and how we select our performers, by what criteria, is difficult to explain. In these moments you have to listen to your gut, to your intuition, to your feeling. Sometimes it just feels right.’

That connection with the performers is necessary, since the creation process grows very organically. Time is an important aspect in this collaboration: rehearsals can take up to four, four and a half months. ‘The last month of 32 Rue Vandenbranden was dedicated to the editing of all the collected material, for which we asked the help of film editor Nico Leunen.’ Leunen is known as an editor for the films of many Belgian filmmakers, including Felix van Groeningen and Fien Troch. Carrizo even played a major role in Troch’s movie Kid (2012), but even before this Carrizo and Chartier already worked with Leunen for their very first production as Peeping Tom: Le Jardin (2002). The first part of that performance consisted of a short movie, which was edited by Leunen. 32 Rue Vandenbranden was the first time they worked with Nico Leunen for editing as well as dramaturgy. ‘We slowly developed these tools of cinema, and we love it. For example this zoom movement like in cinema, to create intimacy and really draw in the audience. We try this with sound, or with timing. For example, in certain scenes we stop the time for a while. We create a sort of lapsus so you have the impression that you get closer to what this character is imagining or thinking. Sometimes you don’t even know if what you see is through the eyes or in the head of that character or another. And then we zoom back out and go back to the scene. These are the tools we use to create this intimacy.’ With standing ovations night after night in DeSingel, they seem to have successfully reached a large audience. Gathering from the reactions afterwards, it was a complete immersion in a new world for some people, for others an experience that fully sinks in afterwards. ‘Of course every person in the audience leaves with different thoughts, that’s the nice thing.’ 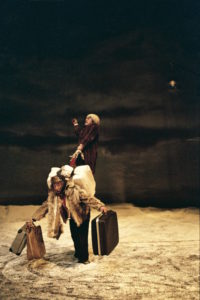 about the author: Kleo Van Ostade